Removed Likes And The 5 Things It Means For Advertising

By now, you’ve heard the huge news about Instagram removing likes from their site in several different countries. It’s a test, they say, to determine whether engagement statistics are negatively affecting mental health. Overall, this move could end up as a good thing for everyone involved – stemming the flow of criticism about likes and comments while maintaining strong site content for people to enjoy. But for marketers, the implications of removing like visibility from the page could be huge. Here are 5 ways how.

According to a 2016 UCLA study, if you see a post that has a lot of likes, you’re far more inclined to click the like button as well. So, if Instagram removes likes, it most certainly means posts won’t get as much attention strictly because of those likes. This means less social pressure, resulting in less visibility for posts you would normally expect to get a great result. The end result is, at least in the case of the micro-influencer, a reduced influence on their followers.

Along with the poor engagement metrics I just mentioned, consider that removing likes also closes the door to easy vetting. If you can’t see the likes of potential influencers, you won’t be able to see for yourself how they perform. You’ll instead need to assume that the numbers the influencer presents are accurate and trustworthy. This influencer transaction system becomes much more trust-based (or it dies altogether). This could lead to far more people being cheated and lower overall advertising transactions with influencers.

Ok, so let’s assume likes have been removed but you were nonetheless able to find, vet, and hire a new influencer for an ad. How do you measure that ad’s success? You still won’t be able to see the likes from the influencer’s post. You again have to trust that the engagement is what is being reported by the influencer.  Either that or you need to rely on the raw number of clicks to your website (assuming you have a link) to determine success. Because without the number of views, you can’t calculate a clickthrough rate. In fact, there isn’t a single KPI for an influencer post that you can easily measure without a clear view of the engagement.

Considering all of the above points, it probably goes without saying that strategies will evolve. But I do want to drive home the point, as the UCLA study made clear, that human behavior is often swayed by the actions of our peers. So, what works when social pressure is a factor may not work in its absence. If there is no easily measurable way to assess influence, our strategies will devolve back into guessing. Much in the way of TV ads of the past.

There are dozens of easy-to-see reasons why removing likes is better, overall, for our mental health. By removing the constant need to put on an appearance online, we’re removing the social and psychological pressure to feel more than we are. The problems I’ve pointed out here aren’t intended to address the state of the person, but rather the state of the craft. And from an engagement perspective, a data analysis perspective, and even a trust perspective, things are about to get complicated. 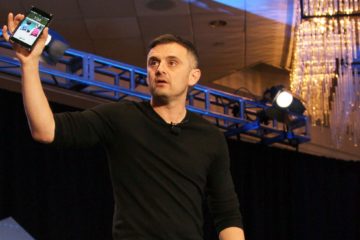 The Gary Vee Content Model Won’t Work For You. Try This One.

Imagine you own a small business with a few employees, and you’re just starting out with social media. You start looking for the best strategies for fast growth and come across Gary Vaynerchuk – marketer, Read more… 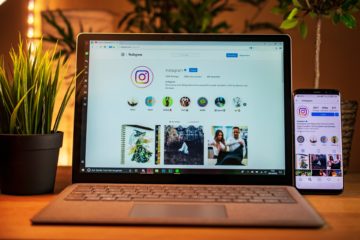 You’ve probably seen videos like this one, promising you 100,000 followers on Instagram with “one simple trick”. But, much like any get-rich-quick scheme, the people telling you this lie are always holding something back. In Read more…